Summer Lice is Not Nice

Summer Lice is Not Nice. Lice unfortunately does not take the summer off, in fact there is a huge increase in infestations after children have spent long periods of time in the community. Summer camp is a huge contributor to the summer lice blues! Many of the summer camps provide head screenings to check for lice upon the children’s arrival however it’s always best to have the professionals take a look for accuracy. Moms feel free to spread the word to the head nurse at your child’s summer camp that we are offering free head screenings to them this summer 🙂

Lice Does Not Discriminate
Did you know that head lice are equal-opportunity parasites? This means that just because you have an infestation, doesn’t mean that you or your home is dirty. According to the Centers for Disease Control and Prevention, and estimated 6-12 million infestations occur each year to children between the ages of 3-11 years old.

Knowledge is Power
Our technicians are diligently trained with knowledge just to assure we can correctly educate families when they come to see us. Whether it’s just a head screening to check for lice or a full treatment, we take our time to answer any questions you have and educate you with very useful information.

Lice Clinics of America Is Hassle Free
Lice Clinics of America is committed to providing quick, non-toxic lice removal treatment and is clinically tested and proven to kill all stages of head lice including their eggs by utilizing controlled heated air. This method is safe, fast and highly effective against all head lice infestations, including the most stubborn of lice.
We also have a 30 day re-treatment policy so feel free to come in for a head screening this summer to assure that you will not have an itchy one!

The History of Head Lice

The History of Head Lice – Did you know that as long as humans have been on this Earth, head lice have been right there living with us? –well actually more like on us.  They are sometimes referred to as “heirloom parasites” by Scientists, because not only have they been with us for millions of years, but they’re ours and ours only. No other type of animal suffers from the very dreaded nits! How lucky are they?  It has been estimated that around 100,000 years ago, head lice and body lice split into two groups, and even long before this took place, lice has been a constant nuisance for people.

The Earliest Records of Treatment

The earliest records in the United States of head lice treatment is from the early 1800’s.

There was a bone lice comb that was uncovered in the early 1930’s from Fort Crawford that can be found at the Wisconsin Historical Museum.  For a very long time now, it has been known that Fort Crawford was not a very healthy environment and served as an enclosed haven for various diseases and parasites.

There have also been head lice comb discoveries found in Cumbria,  England that is dated to the first century AD/CE, and many sites in Israel, Italy, Europe and Asia that all date back to the same time period. 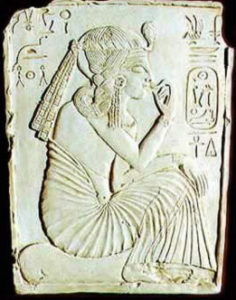 The Evolution of Treatment

Nowadays the term “Super Lice” is used to describe chemical resistant lice that once upon a time were not so chemical resistant.  At Lice Clinics of America, we often times see clients with live bugs the very next day after an in home chemical based treatment is used.  As history shows, the accuracy of elimination lies in extracting every single egg.  Because everyone is only human, it’s easy to miss a few eggs when combing and an infestation will start all over again.  Our Air Alle Treatment is the ultimate solution to ending the cycle of lice-FAST, no worries, no follow up appointments and in one hour. Find out more by calling us at 858.249.8337.

Father’s Day is coming! Do you have anything special planned for daddy this Fathers Day?

Sometimes the greatest things in life are virtually priceless!  A nice picnic with a bunch of his favorite goodies and a nice ambiance with the family is always a fabulous go-to.  At Lice Clinics of America, family is our core value and we would like to wish all of the amazing, dedicated fathers out there a Happy Father’s Day. Here’s a few ideas on how to spend some time with your kids preparing for father’s day:

Frost a large sugar cookie (blend vanilla frosting with a drop or two of red food coloring for lighter skin tones or with chocolate frosting for brown shades). Trim a fruit leather mask and press it in place. Spoon leftover frosting into a ziplock bag and snip off a corner. Pipe on a nose. Make eyes on white York Pieces with a black food writer and attach with frosting. Press on hair (see below), then a red licorice lace mouth.

Upper left and bottom right: Soften a Tootsie Roll Midgee or fruit chew in the microwave for 5 seconds, roll it flat, and trim as shown; add texture with a toothpick, if you like.
Upper right: Roll and trim a large gumdrop.
Middle right: Cut a black licorice twist into pieces.
Bottom left: Sprinkle on shredded coconut.

This craft would make a great present for your Dad on Father’s Day. 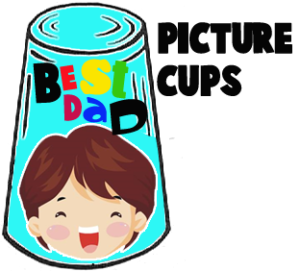 With summer approaching , come in to your local Lice Clinics of America and we would be happy to give your family head screenings and talk about all of the ways to avoid lice this summer!  It is also very important to do a head screening upon your children’s arrival home from summer camp! Prepare for father’s day so you can have a lice-free time 🙂